The Top 5 Contributions The Hills has Made to Society

As we began the final season of The Hills Tuesday night, I couldn’t help but let my mind wander back to the days at 41 Orkney Road watching the first season of Laguna Beach. A lot has happened in those six short years: I am actually considered an adult now, the economy went from great to bad, Michael Phelps has won countless gold medals, the country elected its first black president, and Lindsay Lohan has been to rehab a total of 77 times.

With all this change, I can’t help but wonder what this brand of reality television has taught us. Let the countdown begin:

1.True friends (or frenemies, or acquaintances lumped together for the sole purpose of the show) know what you’re thinking. All those silences between Audrina and Lauren (and Audrina and Lo, and Audrina and Justin Bobby) are really just signs that these people are so close, they don’t need words. Their bonds are so strong, that sentences don’t need to be finished. So deep.

3. If you’re a cast member on The Hills, Mindy Kaling will sneakily (yet wisely) use material from your life in her scripts for The Office. I have two examples: 1) During the Jim and Pam wedding episode, Pam starts taking mental pictures. This is a direct snatch from Holly Montag’s drunk beach dancing in the Season 5 espisode “Sorry Boo. Strike Two.” Google it. 2) Kelly Kapoor will discuss The Hills characters in her Office interviews, while Mindy Kaling actually KNOWS them: Kelly – “I love rivalries– Michael or Jim, Paris or Nicole, Heidi or L.C. It’s so much fun. But I guess if I’m really thinking about it and answering your question honestly, I’d have to go with L.C. Heidi’s a bad friend, and her skin is terrible.” (The Promotion) 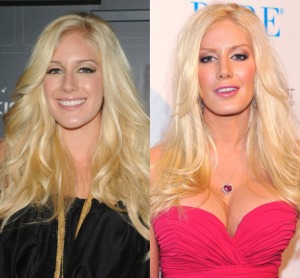 4. It doesn’t matter what you look like, because plastic surgery is easily done and affordable. We all know nothing is as drastic as Heidi Montag’s ten (10!) plastic surgery procedures in one (1!) day. But what about everyone else? Stephanie Pratt has at least a new nose, if not a new face, and Jen Bunney got booted off the show because no one could recognize her. Ok, I made that up. But really, when she came back everyone was like “who the hell is that?”

5. Life is easy. If you want to become a fashion designer, or a magazine editor, you totally can; all you need is spunk and a spray tan. Trust me, I’ve tried these things and failed, mainly because I’m pretty even-keel and very pale. If someone asks you to go to Paris for work, and you say no to spend the summer with your boyfriend, no worries – there’s always next time (and while you’re there, don’t forget to burn a huge hole in your couture dress). Kelly Cutrone doesn’t like anyone? Don’t worry, she’ll like you. And most jobs can be had when you’re at a bar and drunkenly approach one of the hottest entrepreneurs in LA to ask for a position in his office. Dreams can come true. 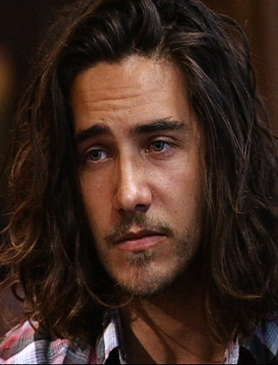 There’s so many more life lessons to impart from The Hills (unwashed boys on motorcycles with two names are usually bad news, all you need in life is a drama-free sidekick to bounce storylines off of), but I think I’m gonna let this season play out until I delve too deeply and the facade starts to unravel. And frankly, I think at some point in the future Kristin Cavallari will rule the world and I don’t want to piss her off. The Hills can be seen on MTV Tuesdays at 10 p.m. EST.