You Only Get One Shot In the Finals: Your Weekly Dancing with the Stars Recap 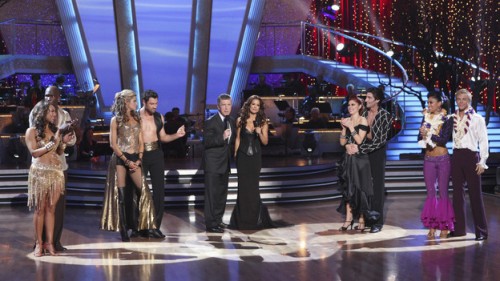 Ahhhhhhh – I’m so excited! I can’t believe it’s already the finale. But the celebrities – Erin Andrews, Evan Lysacek and Nicole Scherzinger – all look excited, laid back and ready to go.

The celebrities will perform four dances over the next two days in search of the Mirror Ball Trophy. First up is a redemption dance, a dance the judges feel the celebrities could have done better in. Should be interesting!

Erin Andrews, Samba: Erin is basically in a bathing suit, but whatever, she’s got to get votes wherever she can. This Samba is much better than the last, where all anyone can remember is Maks taking his clothes off. Cute, but I don’t know if it was finals caliber. The judges liked it, but let’s remember that Evan and Nicole are getting a second chance to improve too. 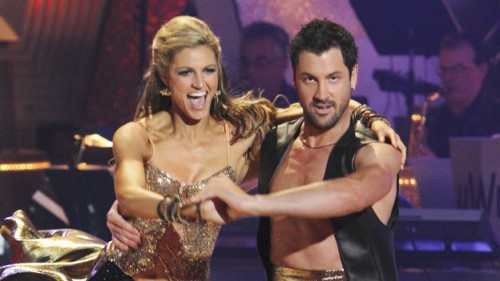 Evan Lysacek, Viennese Waltz: Ugh. I hate the Viennese Waltz. Do we have to have it in the finals? But, it is another reason to have Evan in a tux. Ok, I forgive. Oh this is much better. And I didn’t think the last one was that bad. Evan looks like a 1920s, Gatsby-gentleman. Perfectly synchronized. Fast. Gorgeous. Loved. it. And Anna just picked a boogie out of Evan’s nose. Classy.

Nicole Scherzinger, Rumba: Last time, this dance made Nicole cry. I hope that doesn’t happen this time. There is no reason why she shouldn’t get a perfect score. Wow – she just lifted her leg higher than should be humanly possible. This dance is HOT! I love Derek. And, they’re pretty much making out. And doing something weird at the end, that kind of looked like an ice sculpture. But that was perfect. No doubt. Carrie Ann’s saying something about a lift. F-you Carrie Ann. If you don’t give them a 10 I’m going to go ape shit! 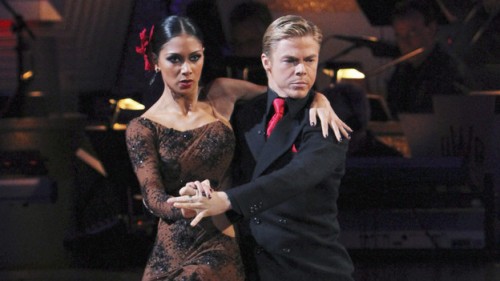 Nicole and Derek's Argentine Tango from the semi-finals. Photo courtesy of ABC

Score: 9, 9, 10 (Thank you Bruno for having some common sense! I am not happy going into this freestyle.)

Erin Andrews, Freestyle: Modern. Lyrical. Ugh. I’m bored. There are beds involved. What is this? I hate it. I think its supposed to be a pillow fight? Is that what’s happening? Woah, Erin almost just died doing some kind of weird sex flip. That was definitely different. And challenging. But I don’t know if the viewers will like it. “A mix of emotion and commotion.” – Len.

Evan Lysacek, Freestyle: Ugh. Evan and Anna are fighting. I don’t like it. I want Evan to come out in a wife-beater and baggy jeans. It would be hilarious. Anna’s crying. This is not a good sign. Hmm, there’s a prom theme. FOOTLOOSE! I already love it. This is another one of those dances that makes me think “this is what life should be like!” Love. Love. Love. I’m literally clapping and standing by myself in my apartment! UGH, I’ve had it with these judges! They are a serious buzz kills tonight, and quite possibly all on drugs. I’ve had it with them. 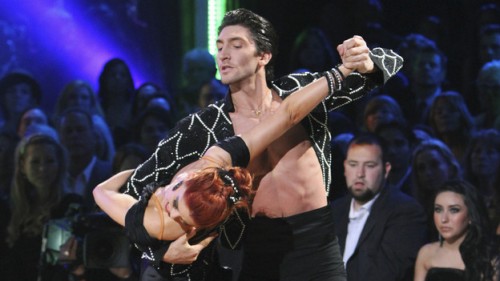 I want Evan to win! Photo courtesy of ABC

Nicole Scherzinger, Freestyle: Derek and Nicole are wearing the same outfit. I’m concerned. It actually kind of looks like Shawn Johnson’s Freestyle a few seasons ago. Oh nevermind. It’s awesome. Fast paced. A little crazy. There’s a costume change! But there was a little bobble on the last lift. Nicole is not going to be happy about that. I’ve never seen Derek bobble anyone, so I’m shocked.

I really hope Evan and Anna can make it out of the bottom. I think it should be between him and Nicole. Erin did a good job, but I really do think her scores were inflated. Until tomorrow!

One response to “You Only Get One Shot In the Finals: Your Weekly Dancing with the Stars Recap”