Just in Time for Summer 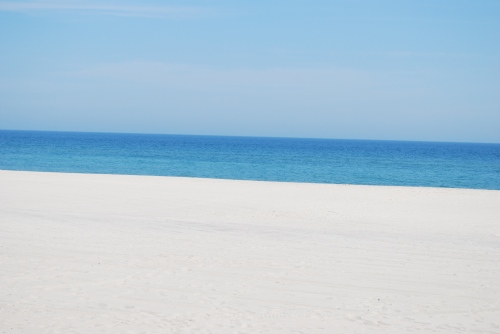 Coopers Beach, a beautiful natural landmark in the corner of the world some people like to call the Hamptons, more specifically Southampton, NY (more specifically Crazyville, Strong Island, at times) has been named America’s Best Beach according to cbsnews.com. And I have to say, I don’t disagree.

If you’ve ever had the pleasure of taking a drive down Meadow Lane in Southampton on a hot summer’s day, you’d know that it’s not the gigantic houses that take your breath away, but the ocean views and white sand of Coopers Beach (and you’d also know that the really best time to visit is September, but don’t tell anyone I said that, they’ll ruin it for the rest of us).

Coopers Beach has always been a mention at the top of this prestigious list, but 2010 is the first time it’s been named Numero Uno. And it doesn’t have anything to do with the fact that Dr. Leatherman, the list’s creator, is ALWAYS strolling around Main Street.

“When most people think of a beach vacation destination, they go south,” Leatherman told CBS. “I kind of think the east end of Long Island is a well-kept secret for most Americans.”

So if you’re looking for a relaxing day to stick your toes in the sand, breathe in some salt water air and maybe, just maybe get a sunburn, Coopers Beach should be the place you go. But don’t take anyone’s space in the parking lot. Southamptonites WILL cut you.

Tagged as Awesomest, How Life Should Be, News

7 responses to “Just in Time for Summer”