For Reals, This Was the Dream I Had Last Night 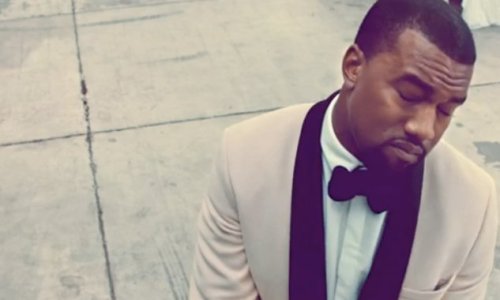 I have some pretty effed-up dreams. Mostly because they’re so lifelike that it takes me a few minutes after waking up to realize they weren’t real. Like, I could be eating breakfast by the time I realize I’m not actually pregnant with John Krasinki’s baby. And it freaks me out.

So imagine my horror at the doozy I wound up with last night:

So I’m innocently riding the L train in Chicago with Kanye West (obviously) when some dude who looks like Lourdes Ciccone’s father takes a silver wine opener (butterfly style, not the jackknife kind) to Kanye’s ear and threatens his life. There’s no explanation as to what this dude is so upset about, Kanye refuses to relent and the Madonna’s baby-daddy look-alike screws that wine opener right into Kanye’s head, through his brain, and kills him dead. Then, he threatens to kill my entire family if I tell anyone, because apparently out of the 500 people on the L train, I’m the only one that sees this. He gets off at the next stop, as do I, because hey, it’s my stop.

But then I panic. I can’t go to the police. It will be all over the news, the killer will learn my name, and he will kill my entire family. There’s an abundance of wine openers in my house. So I get in my light blue station wagon (Smith family, circa 1996-style) and I hightail it out of town. I don’t make it very far, because there’s a storm that’s washed out all the bridges, including an imaginary one over Lake Michigan. So naturally I ask to board with the family of 12 living in a hut next to the Lake. They have no food, but manage to feed me. But they’re asking too many questions and I decide to leave. The ongoing storm is making huge waves in the Lake, like huge Point Break waves, and they take out the little hut and the family, as I again stand watching. Back into the light blue station wagon for this girl.

I’m still harboring the whole “I know who killed Kanye” secret when I arrive at my college dorm, where I’m living with Audrey and Margo. For some reason, this entire scene has me constantly just out of the shower (like always in a towel with wet hair) and obsessed with how the bathroom has both a door into our room and a door into the big closest. This part of the story is the only thing that makes sense to me, because I think it stems from my obsession with my friend Jordy’s apartment and his closest/hallway/bathroom. Total sense.

So then I wake up, in my current bedroom. But I’m still in the dream. And I’m panicked because I still haven’t told anyone about the Kanye killer. But I think to myself, it could have been a dream. I pick up my cell phone and log into Google Reader, which I do every morning, and every story is about Kanye West’s death. Apparently he was having a Twitter feud with his killer minutes before he was killed.

Now, I think I’m awake at this point. So when I actually did wake up a few seconds later, I had no idea what the eff was going on, where I was, or what was real. I’m still a little freaked out about it. My dad has dreams about he and our black lab being a crime-fighting team, like Inspector Gadget or something. Come on God, why can’t mine be like that?

So now all I can think of is Inception and how I could still be in the dream and I need to find a talisman that I keep with me at all times to let me know when something is real or fake. I forget a lot about that movie and I can’t re-watch it because it takes too much brain power, but I know I don’t want to end up like Marion Cotillard. Let’s just hope the Kanye dream isn’t reoccurring, like the one where I leave a guy at the altar. Analyze that.

Tagged as God Is Laughing At Me, Humor, States of Emergency, The Crazy is Following Me, Things That May One Day Kill Me

7 responses to “For Reals, This Was the Dream I Had Last Night”