An Anonymous Person’s Very Specific Account of the Florida Primary 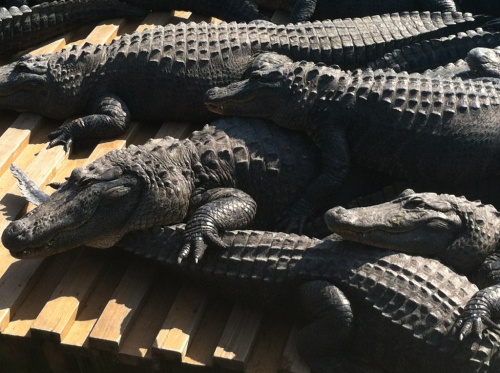 So there’s these two guys, we’ll call them Mitt and Newt (I know), and they’re competing against each other to be the Republican nominee for president. I officially tuned all of this out when Newt promised people in Florida that the US was going to have a permanent base on the moon by the end of his second term. That’s right. The moon. Because our problems aren’t bad enough here, we have to spend trillions of dollars finding another place to totally eff up. Occupy the Moon! Ok, I’m done.

Instead of just listening to George Stephanopoulos in the morning, I decided I needed people on the ground in Florida to tell me what was really going on. And by people on the ground, I mean people I know who send me ridiculous text messages and then I steal them for this blog (at this point you all know you’re fair game – if you don’t like it, you should have gotten out months ago). So one brave roving reporter, who shall remain anonymous (I have to keep my minions secret, like Gossip Girl) has dutifully given us the following account of the Republican primary in Florida. Or, something.

Jan 28, 6:23PM EST: Two things – there are still McSkillets in Orlando and yes I had one. And Karen Tumulty of the WaPo gave me a piece of gum today.

Jan 29, 11:48AM EST: In today’s press stalking news, that’s Ari Shapiro’s computer. He has big feet, FYI. And is a snazzy dresser.

Jan 30, 5:18PM EST: I just want you to know I’ve gotten 7 hours of sleep the last two nights but things are finally slowing up and I’m going to soak up the sun the next two days. I tell you this because it’s likely I’ll be hospitalized for sun stroke and I wanted it on record that it was voluntary.

Jan 30, 5:37PM EST: I can spin good yarns. I also stood 6 inches away from Herman Cain today. Too busy avoiding getting pushed out of the way to take a pic though. The media is ruthless.

Jan 30, 7:56PM EST: Made a “suicide” joke to the bar patron next to me…it did not go over well. It was in ref. to bad music #nomoresuicidejokes

Feb 1, 12:27PM EST: I’d be lying if I said I wasn’t pounding some beers, sitting by the pool and sunning myself past check out time. Hence having to pee in the lobby and walk by the women in business suits apparently there for a conference.

This transcript and the accompanying photos will in no way make you a more educated voter. But neither will the Republican primaries.

Filed under Around Town, BEST Things Ever, The Crazy People I Call My Own