Things That Could Have Been Brought to My Attention YESTERDAY 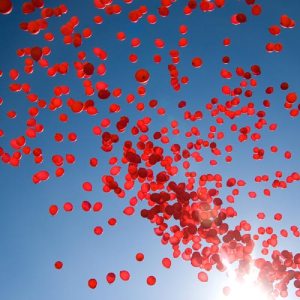 Remember when you were little, and you would innocently let go of your red helium balloon and watch it fly in the air, up, up and away, and then you’d start to cry when you realized it would never come back and your parents yelled at you for letting a balloon go in the first place because it could choke the birds?

Well, eff the birds because what our parents (and quite frankly the United States government) should have been telling us is that we were wasting inordinate amounts of helium and when we’re adults we’ll no longer have enough to cool the medical equipment being used to keep us all alive. Yeah, that’s right. You didn’t know that your old age was going to be dependent on the stuff you used to suck on to make your voice all squeaky and high? Well don’t you look stupid.

According to reports, the world is running out of helium, and all of sudden everyone is all up in arms about how wasteful we’re being as a nation. If you had asked me yesterday what the worst thing I was doing to the planet was, I probably would have said throwing away plastic bottles when I should be recycling them. Today, the worst thing I can possibly do is watch the movie Up and frequent the local Party Stop.

I have to go create a balloon release app for the iPhone so that my offspring will one day know what a childhood would have felt like.

Tagged as God Is Laughing At Me, Going Green, States of Emergency, The Crazy is Following Me, Things That May One Day Kill Me