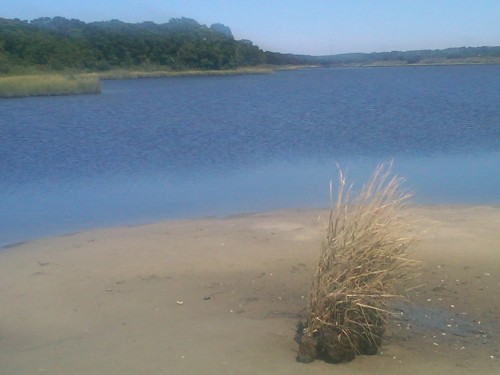 Not every walk has to be on the treadmill.

So I gained a pound this week, but I’m really not surprised considering I ate about 200 slices of apple pie, 400 oatmeal cookies and 27 bagels (trying to cut back on the carbs) on Sunday alone. Labor Day weekend really took a toll on my weight loss, but it’s just more motivation for next week right? Right?

Thursday: I was pretty excited to get back to the gym on Thursday, considering I had been laid up with some kind of weird disease the two days before. Making a miraculous comeback, I ate pretty healthy and had a great workout, thinking to myself, Labor Day weekend is going to be no match for me.

Friday: The last day of summer hours at work, so I took full advantage and went to an early workout at the gym. While I easily could have done the Friday night Chipotle run that I’ve grown accustomed to, I refrained. Again, this is all in preparation for what I know is going to be a lot of Labor Day eating. So far, so good.

Saturday: An early ferry reservation had me out of Boston early, and not arriving in Long Island until about 2pm. No time to eat, and even though I tried to sneak some junk food on the ferry, it was a cash-only snack bar, and you all know I never carry around cash. This girl is strictly debit. Anyway, I had a late lunch and a late dinner, which I tried to reason was healthy because it was a baked potato and chicken, except that I basically turned my baked potato into a potato skin. Then Aunt Carole made oatmeal cookies, which I had to eat. I mean, this downslide really wasn’t my fault. Still, I’m doing pretty well on the points side.

Sunday: Because the weather was basically perfect, my aunts and I went on a 5 mile walk around the neighborhood, solving the problems of the world and deciding what houses we needed to buy. I like these walks, but somehow they never seem to add up on the other side. I think they need to turn into runs or something, but then I probably wouldn’t be able to chat, and then how would the problems of the world get solved? Sunday was really the worst eating day, since I decided I needed to consume everything in sight and wash it down with Arnold Palmers. At least they weren’t John Dalys. I’m just sayin’. This was the night of the apple pie fiasco (ohmygoditwassogood), and also the night of me beating up my cousin Trevor, who totally deserved it for ambushing me with a pillow on my way to bed. This fight, while probably not considered exercise, caused the entire house to think someone was gonna come through the ceiling and my mom to wake up and yell at me for “smothercating” Trevor. It’s smother plus suffocating (obviously) and it’s now officially a word.

Monday: Exercising on Monday was cool because we went off the beaten path (literally) and found a hidden beach we’ve never heard of. This is my favorite kind of workout. Most of the time exercising in the gym leaves me watching yet another episode of The Real Housewives and just generally being bored. If you can find a new trail that ends at an amazing view, do it. It will definitely be worth it (see picture above). But don’t eat two fajitas in one sitting. This will negate all the work.

Tuesday and Wednesday: The end of my weight loss week was pretty nondescript. I didn’t workout like I should have because of stupid errands and a few meetings. These are called excuses and I shouldn’t make them, but I did. Next week will be better. It has all the signs of being a losing (winning) week! Yay!

Next week: How to get through a football tailgate with your dignity intact.

Filed under About Me, Weight Loss Journey

Tagged as Food, God Is Laughing At Me, Things That May One Day Kill Me

One response to “Weight Loss Week Two: Smothercating People Is Not Exercise”