No Sleep ‘Til Brooklyn

No, I’m not just using these lyrics as a headline because they have the word “Brooklyn” in them. I actually haven’t been sleeping. For like a month. Usually because I’m having crazy dreams. I don’t exactly know why this is happening, but I’ve narrowed it down to three possible culprits:

1) My job
2) My new apartment
3) The fact that I’ve been watching approx. five episodes of The West Wing a night and all of the campaigning and legislating and walking has put me at a very high anxiety level.

It’s one of these three things.

My lack of sleep has seemed to have had an opposite effect on my mind and body in that I’m not ever tired. Instead, I’ve become this weirdly wired ball of fire over the past few weeks. I’m inexhaustible. I can’t sit still. I’ve stopped taking the subway home from work. I walk the three miles from Madison Square Park to the Upper East Side. Every day. I’m like this close (put hands really close together) to literally losing my shit.

So I decided this weekend was going to be totally dedicated to chilling-out. I looked back into my calendar and there hasn’t been one weekend in 2012 that I wasn’t on the move. I literally had to get into my bed at 6pm last night and hold myself down so that I didn’t end up outside just walking around like a crazy bag lady. I had to be dedicated to my pursuit of relaxation.

One of the things I have on my New York City to-do list is to walk across the Brooklyn Bridge. It’s something I think is so cool, and so New York, and I knew the weather today was going to be gorgeous. So with no need to be anywhere at any time, I set out on my nice little exploratory jaunt, and as you can tell from the photos, it was freakin amazing.

Walking across the BK Bridge is something I could do every day. For starters, the views are unparalleled. Second, it’s not stressful. Aside from the jogger who yelled at me for walking in the bike lane, no one annoyed me (and just between you and I, joggers who are only five-feet tall and weigh more than 250 pounds shouldn’t be wearing only a sports bra and spandex shorts; also, lady, you’re going two miles an hour – you’re gigantic and slow, so I see you and I think I’ll have enough time to get out of the way). Third, walking from Manhanttan to Brooklyn, you have the treat of the Brooklyn Bridge Park on the other side. Walking from BK to Manhattan, you end up at City Hall, and the surrounding civic buildings. Yeah, it’s touristy of me to love that stuff, but I do. So there. You’re also a very short walk to Chinatown, where I got an Italian ice at a very nice establishment that may or may not have just been someone’s apartment where they had Italian ice. Still good though. I didn’t hate it.

The amount of sun on my Irish skin and the roughly two-mile walk to and from Brooklyn kind of took a lot of me. So I went directly home, stopping only to get a burrito (obvs) on the way. I think this might have been just what I needed to finally make me tired! I’m exhausted, sunburnt and maybe even a little weary.

On top of all this, I also watched the final episode of the complete and entire series of The West Wing tonight. Because of the possible correlation between Jimmy Smitts’ meteoric rise to Commander-in-Chief and me acting like a crack addict during the day, I’m hoping I’ve finally ended the madness and can get some shut-eye.

No sleep ’til Brooklyn. 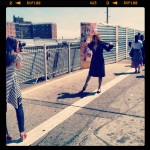 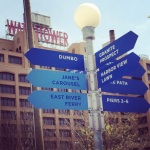 Filed under Around Town, BEST Things Ever, Picture of the Day

Tagged as Awesomest, Photos, The Crazy is Following Me

One response to “No Sleep ‘Til Brooklyn”