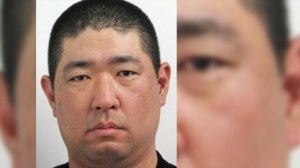 So, I have this fear that one day someone from Texas is going to storm into my office and hold me hostage for not rewriting literature so that it doesn’t include curse words. I have very little to worry about because we actually do create Texas versions of our textbooks, but the latest developments of the hostage situation at the Discovery Channel has got me thinking I should create some kind of emergency bunker under my desk.

According to CNN, a man identified as James Lee has taken at least one person hostage at the network’s offices in Silver Spring, MD. He is reportedly armed with a gun, and possibly explosives, but that is unconfirmed. This is all terrible and scary and my heart goes out to the families of those involved. But I’m having a hard time with Mr. Lee’s platform. Apparently this dude is upset about overpopulation.

On his blog (blogs are dangerous people, don’t get one), Lee asserts that “These guys (the Discovery Channel) have been very sneaky and deceptive as to their contribution to the planetary problems. Just look at their ‘new’ show about saving the planet, Planet Green, to me, it’s just another show about more PRODUCTS to make MONEY, not about actual solutions. We can’t let them get away with doing it anymore.”

I think people just get crazier and crazier as I get older. Seriously dude, this was extremely uncalled for.

One response to “Hostage Situation at Discovery Channel’s Maryland Headquarters”