Breaking: Chipotle and I are Headed for Divorce 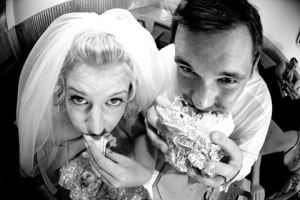 I know. You all thought it was a match made in heaven four years back when I was first introduced to Chipotle by Audrey Marks and Phil Mattingly during an outing in Washington, DC. I did too. I thought we were going to be together forever. Me, with my voracious appetite for junk food, and Chipotle, with its more-than-enough-for-one-person burritos and chips. But alas, the past two weeks have really tested our relationship, and the bond just wasn’t as strong as I had once thought it to be.

Two weeks ago I hopped off the T in Cleveland Circle and headed into Chipotle for my Thursday night burrito, which has become a ritual over the past few months since on Thursdays I need to eat dinner quickly and then head over to j-o-b number two at the YMCA. Nothing seemed out of the ordinary, and hey, since it’s good to be alive I had them throw in a bag of chips. I ate the burrito, changed into my bball attire and left, feeling good and secure about our relationship.

Around 10 p.m. I remember telling my score-keeper sidekick that my stomach felt funny. But it quickly went away, and I didn’t think anything of it, other than I probably could have eaten my burrito a little slower than I did. Basically, I didn’t have to inhale it. The YMCA games ended, we cleaned the gym and I headed home. I fell asleep around 11:30 pm. This is where everything begins to crumble.

I woke up around 1 am feeling awful. I’m really going to have to spare everyone the details, but I was sick until about 6 am. I emailed my boss to tell him I wasn’t going to be coming into the office (a task I don’t remember doing at all, yet the evidence is on my phone) and attempted to make my way to CVS to stock up on Gatorade, because clearly I had the flu. Or was I….poisoned?

At CVS the pharmacist tried to have me evacuated to the nearest emergency room, since I looked like hell, was sweating, couldn’t get up out of my chair, could barely lift a Gatorade bottle and was possibly crying. I tried to hail a cab back to my apartment, a mere football field away, and the driver yelled at me because I could only pay with a credit card and kicked me out of his car. I couldn’t find my cousin Elizabeth, because let’s be honest, the girl doesn’t get up before noon, and I finally had to call my mom to drive up from New York to take care of me. This all sounds oddly familiar to a breakup I once had.

As everyone knows, when you get the flu or stomach virus, or whatever, it takes time to get back to eating anything, let alone the last thing you ate before you got sick. So suffice it to say, Chipotle and I have been “on a break” since March 31. But yesterday, I felt a rekindling of the old flame we once had and decided to get that Thursday night burrito. I have to tell you, lackluster is probably the best way to describe it.

So clearly I’m the one who’s changed, since Chipotle is still the same way it’s always been. But I would say I’m evolving. While I thought our relationship was healthy, I see now that it was not. During my time with Chipotle I was really dependent, my weight fluctuated up and down, and I became very isolated from other restaurants. And I can’t say this for a fact, but I’m pretty sure Chipotle was giving out its goods to everyone, not just me. So I think it’s time to move on to healthier relationships, to broaden my horizons and try new things. I can’t be held down by just one place, you know?

Tagged as Food, God Is Laughing At Me, Humor, Life Lessons, Love, The Crazy is Following Me

5 responses to “Breaking: Chipotle and I are Headed for Divorce”