A Little Thing I’d Like to Call “Second-Day Hangover” 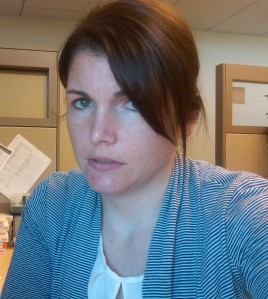 The face of Second Day Hangover

We all know that there are very few things in life worse than a hangover. Ok, so that’s not true. I guess there are more than a few worse things, like death, war, the economy, etc. But when you’re hungover you don’t think about these things. Because hungover people are so self-absorbed.

Anyway, lately, after experiencing several days of the expected and warranted full-fledged hangover, I’ve come to find that the day after that does not bring with it the much prayed for relief, but rather a feeling that is less bad, yet oddly similar. And I would like to refer to this feeling as “Second Day Hangover.” It’s a real thing.

So you go out. You drink. Maybe you fall down and knock your teeth out. It happens. The next day you wake up feeling miz, with little recollection from the night before, yet insistent reminders in your head and stomach that something went terribly awry. Whatever. It’s normal. It’s the price you pay for having fun, because there needs to be a balance. You’re hungover.

But the second day hangover is its own animal. It creeps up on you. No matter how much water you drink the day before. No matter how many carbs you eat. It will get you. And you’ll feel fine enough to actually function, but everything will be foggy. Like, I don’t even remember getting to the train station this morning. It’s that bad.

So I’ve gone over in my head the possible reasons why second day hangover can occur. The only solid conclusion I can come up with is that I’m not a doctor and nothing I say should be seen as backed up by any kind of evidence. However, I do have some guesstimates.

1. Wearing Spanx: Do not get me wrong. I freakin’ love Spanx and they’ve gotten me through some very tricky clothing situations. However, I maintain that there is only so long you can wear them before shit gets serious. After nine hours in them Sunday, my entire body hurt so bad I got a migraine. So I’m convinced that some of my organs may have shifted around whilst wearing said undergarment, and second day hangover is just a sign of them settling.

2. Eating Cheese: They say bread and grease are the best things for a hangover. I assume this also includes cheese, even though it’s not mentioned, yet is always paired with these two things. But the only things I ate yesterday were a grilled cheese with bacon and a pizza roll, which is basically pizza rolled up to maximize unhealthiness. If this does not cause second day hangover, it will cause high cholesterol and heart disease.

3. Watching Bravo: When I woke up from my three-hour nap yesterday at 5pm I was staring at my television which was still playing a Real Housewives of New Jersey marathon. I went to bed watching The Real Housewives of Beverly Hills. There is no way of telling if these shows are a cause of second day hangover, but honestly, we’ll never know, because they are one of the few constants in my life, like water, and my parents. We may never be able to get an accurate read.

4. Not Enough Sleep: I mean, this is the cause of everything in my life, so I’m just slipping it in here.

5. Too Much Coffee: I know, this is blasphemy. There can’t possibly be such a thing as too much coffee. But I wonder if the caffeine is doing something crazy to me. It’s giving me a false sense of hope about how good I feel post-hangover, and second day hangover is simply me just coming down from the high. This actually might be the most legitimate of my assumptions.

6. Dancing too Hard: What can I say? I dance my heart out. So much so the pounding in my head is always to the beat of some LMFAO tune. I also sing-dance. Which takes a lot of training. Even the most seasoned entertainers cannot attain this level of performance. So I think when I do this, some type of overexertion happens. It tires me out. Sooner or later, the rhythm is going to get you.

So there you have it, folks. If anyone can offer me some sound medical advice on this topic, I’m sure my readers will enjoy it. Also, any other second day hangover stories will be greatly appreciated. For research. Obviously.