This is a Thing that Happened 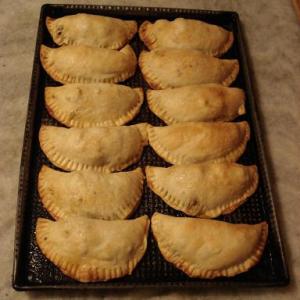 And just in case I’m eventually arrested, I want to make sure my side of the story is heard.

So Audrey and I were innocently discussing the new Pizza Hut Crown Crust pizza via gchat on Wednesday. While not discussing matters of national security, we’re usually talking about other really important things, like Crown Crust pizza, Mark Titus, weaves, the Mighty Ducks movie franchise, Whitney Houston and Keurig coffee makers. We talked about all of these things Wednesday, in fact. Anyway, Crown Crust pizza was the second most disgusting thing I had heard of this week, and I decided to tell Audrey all about the first most disgusting thing:

Anytime we make outlandish statements such as this, we have to back it up with evidence. If Audrey says her hair is in a polygamous marriage-type braid, she has to send a picture of it. If I say I’ve recently become a doctor, I have to send a picture of my ID badge with the word volunteer crossed out and M.D. written in. Faith is fine, but proof is proof. This time though, I could not find the horrible cannibalism story I was throwing around as fact. To Google, my friends!

I did about 52 searches on my work computer that I’m fairly certain someone is checking as we speak. I’ll either be monitored for a probationary period or immediately asked to leave. I’m neutral on both of these choices. But this is what the IT department is dealing with:

Shockingly, none of this resulted in a match. I started to think I had dreamt it. And then I started to think that I’ve actually jumped off the deep end. I’ve had some pretty effed up dreams before, but they’re usually more vivid, and they’re never about such a horrible demise, unless it’s my own. And the night before I dreamt that I was Kate Middleton. So this would have been extremely different and much less British.

Of course, this wasn’t something I could let go. So I decided to ask my co-workers. Do you know how this question goes over in an office – “Did you hear about those people who were killing people and then putting them in fast food and making other people eat the people?” It doesn’t go over well. I retreated back to my cubicle to literally start counting the seconds until I was asked to leave the building without taking my belongings. But in the meantime, one more Google search! And this time it was the right one:

And behold! This is the story I was searching for:

A Brazilian couple has been accused of luring women into their home via an ad for a nanny, then killing them and using their bodies to fill empanadas. The couple, plus the man’s mistress (all three of whom are obsessed with “the purification of the world and the reduction of its population”), then sold these people-stuffed pastries to hapless, unsuspecting neighbors, meaning a bunch of Brazilians are now inadvertent cannibals. – Grub Street

Proof I’m not crazy, but proof that humanity as a whole is going way, way downhill.

So now that I’ve shared this gem with Audrey and completely horrified her (and by relation, totally ruined Crown Crust pizza for her), we’ve decided to use this story to decide whether or not other people are going to murder us. Say for instance you end up alone with someone in a parking garage in Maine with a shit-ton of wedding cake and it’s raining and you need some way to gauge the situation you’ve found yourself in. We used to casually mention that someone might “skin us and wear us as an Audrey/Kelly jacket,” and observe their reaction (completely appalled = not a killer; unmortified = killer), but now we’re going to toss around “killing us and baking us into empanadas.” Note, a bad response to this would be “I don’t bake my empanadas.”

Tagged as Food, News, States of Emergency, Things That May One Day Kill Me

5 responses to “This is a Thing that Happened”